M3TERA partners will participate in this conference and ANTERAL will also have an exhibition booth. 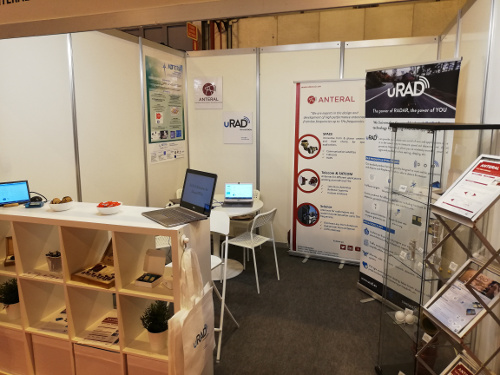 Channel filters for the diplexers were shown.

Chiara Mariotti (IFAT) gave a talk entitled “Trends in Backhaul Communications” in the context of the “Doctoral School”. Part of the talk was devoted to M3TERA-related topics. Franz Dielacher (IFAT) was presenter in the workshop “Integrated Circuitis for High Datarate THz-Communication” with the talk “Radio Front-End Architectures and Circuits for Emerging Wireless Applications”.

There have been 3 papers submitted to this conference:
"A 100-145 GHz Area-Efficient Power Amplifier in a 130 nm SiGe Technology”
“A Direct Carrier I/Q Modulator for High-Speed Communication at D-Band Using 130 nm SiGe BiCMOS Technology”
“A 100-140 GHz SiGe-BiCMOS Sub-Harmonic Down-Converter Mixer”

IRMMW-THz 2017 - The International Society of Infrared, Millimeter, and Terahertz Waves 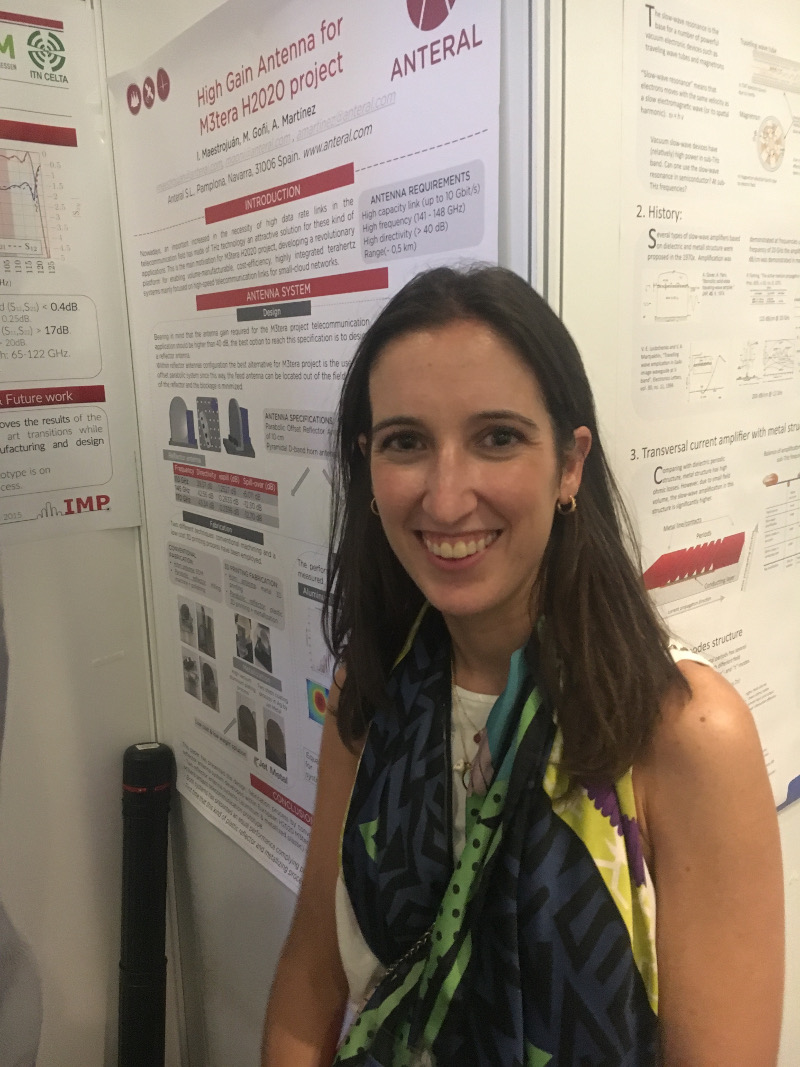 Ericsson, KTH and Chalmers participated this conference. We have two papers acknowledging M3TERA.

Workshop on THz Research, Technology and Applications - CALL for PARTICIPATION

Hermes Partnership, together with the IMEC Academy jointly organized a workshop on current scientific and applied research in the MmW / THz domain with a focus on THz-sensing and THz-telecommunications.

CSEM got a paper accepted at ISMICT 2017. The paper is about 3D printed plastic lens antennas as inexpensive solution for multipurpose M3TERA platform. The title of the paper is “3D Printed Antennas for Mm-wave Sensing Applications”.

IFAT participated in this Conference. Papers in several research areas were presented by the students of electronics, materials science, telecommunication, and so on.

CHALMERS participated in a workshop.

Partner CSEM got accepted the paper ”Human Physical Condition RF Sensing at THz range” and presented it at the EMBS in August.

The RF-MST Cluster Meeting organised in co-operation with the MEMSWAVE 2016 17th International Symposium on RF-MEMS and RF Microsystems, which was held on 5th - 6th July at IMT Bucharest, the hosting organization.


The 9th Global Symposium on Millimeter-Waves (GSMM 2016),
The 7th ESA Workshop on Millimetre-Wave Technology and Applications

KTH and IFAT participated in this conference and presented two papers:

Abstract
The transmission rate of wireless data in the mobile networks is doubling every year due to the increased usage of mobile multimedia services like streaming video, music, television, data transfer in smartphones and laptop-computers etc. This tendency will require continuously improved telecom infrastructure regarding both base-stations and the backhaul communication links. Today, the E-band (71-76, 81-86, 92-95 GHz) is employed increasingly in the networks, allowing multi Gbps data rate. In a near future however, the E-band will be crowded, and novel, higher frequency bands can to be employed as well. Several hundred Gigahertz bandwidth is available for new communication and sensing applications just waiting to be exploited at frequencies above 100 GHz. Until now, components for making such ‘THz-systems’ have been too expensive, too bulky, too power hungry and nonsufficient in terms of generating enough power for communication systems. With newly developed RFIC-processes, it is now possible to design multifunctional integrated circuits, realizing a full ‘frontend on a chip’ at frequencies well beyond 100 GHz. Recent results from ongoing projects aiming at enabling new applications for next generation mobile infrastructure, 5G, and imaging, up to 340 GHz will be reported. So far, critical building blocks such as LNA, PA, VCO, modulator and demodulator, frequency multiplier, power detector and mixer have recently been developed, and results will be reported. Multifunction front-end circuits such as complete receive and transmit RFICs, mixed signal designs for co-integrated baseband/frontend ICs, and radiometer ICs have also been developed and will be reported as well, including the newly developed D-band frontend chipset demonstrating state-of-the-art bitrate of beyond 40 Gbps.

Workshop on Frontiers in Wireless Communications

CHALMERS participated and presented M3TERA project during the conference.

IFAT attended the conference and proposed appropriate speakers, reviewed and provided feedback for all paper and materials for the wireline forum Emerging Short-Reach and High-Density Interconnect Solution for IoE.

Presentation on "Smart Systems in a hyper-connected world: an opportunity for Europe" at the DG Connect

IFAT was the organizer of a special session (MEMS and Sensors) which directly relates to M3TERA. Also KTH represented M3TERA during this special session.

IFAT participated in this event.

KTH and IFAT participated in this event.

KTH and Anteral presented M3TERA at the International Workshop on THz Engineering.

IFAT and ERICSSON participated in this event. ERICSSON gave a talk during Plenary Presentation "5G Wireless Communication beyond 2020" and participated in Focus Session "Sensors and Smart Systems" and in Tutorial on "RF Design on SiGe BiCMOS".

Abstract:
A C-band GaN amplifier is reported. The design method is focused on high linearity load optimization and use of non-linear transistor models to predict harmonic generation and intermodulation products. The amplifier is characterized in terms of S-parameters, single tone and two tone output power. The measured small signal gain is 24.6 dB. The 1 dB compression point is measured at 36 dBm and the output third order intercept point (OIP3) is above 45 dBm. The power consumption is 10.7 W, the channel temperature 205 °C at drain bias 15 V avoiding stress on the device for reliable operation.

We use cookies on our website. Some of them are essential for the operation of the site, while others help us to improve this site and the user experience (tracking cookies). You can decide for yourself whether you want to allow cookies or not. Please note that if you reject them, you may not be able to use all the functionalities of the site.